Transition Suffolk and The Pattern Language 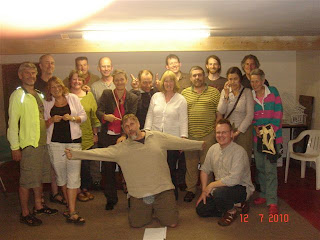 Last Monday 8 Suffolk Transition initatives and 1 Norfolk (Diss) came together to discuss how to share resources and skills and to feedback ideas from the recent Transition Conference in Devon. Charlotte Du Cann from Sustainable Bungay reports:

I felt the meeting was significant. Many of the initiatives felt “on their own” and having already engaged in awareness-raising were looking for a new direction. Where do we go from here? There was a sense of urgency and a feeling we needed to relate to our communities and each other in a different way. I was struck as we drove through the golden barley fields towards Stowmarket and Linda and Josiah were exchanging childhood stories of fishing in farmer’s ponds (in Peasenhall and Thelnetham) that everyone in the room had the territory of Suffolk in common. We knew each others’ market towns and villages; the roads that connected them, the rivers and oak trees.These connections were to give this meeting a sense of reality and companionship that more civic“workshop” type gatherings do not have. 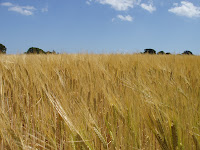 The meeting was held in a farm outhouse and took a very simple direct form. 22 of us sat in a circle for three hours with a short ten-minute break in the middle for very welcome cheese and beer kindly provided by our hosts, Glenn and Jeannie from Transition Debenham. The talk moved effortlessly from one speaker to the next and we covered a lot of ground.

After giving feedback about the workshops five of us attended (Social Enterpreneurship, Co-ops, Food Mapping, Communities, councils and carbon) and the influential Stoneleigh talk, Making Sense of the Financial Crisis in the Era of Peak Oil, we explored the new concept of Pattern Language which is set to replace the former organising structure of the 12 Transition Steps. The 63 Patterns form an interconnecting web of principles and activities that define a Transition initiative. We then discussed ways in which we could weave together our different experiences and projects, our Patterns, in order to provide a strong network and backing for each other. 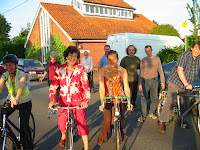 In between our discussions, which ranged from biodiversity to “the Big Society” (we decided that Transition and Politics, the sixth level of Patterns, would be for another time) , we told stories about our initiatives. Some have become divided between haves and have-nots, some have been slowly gaining acceptance in the community, others that were successful last year with climate change and Copenhagen on the agenda but were now experiencing a lack of interest. Some of us felt overwhelmed when thinking of the future in large terms (“130,000 mouths to feed” as Steve Marsden said from Transition Ipswich), others felt by focusing on the small scale, on immediate and do-able working projects, such as garden shares, this provided a strong base for larger and more ambitious schemes.

Here were some of the projects/patterns that arose as examples during the discussion; 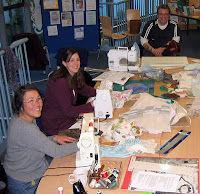 Dale from Transition Debenham explained how a sewing bag project could then expand into clothes making. Garden shares could expand into CSAs. By doing things together people could think as a community. For me that was the key shift. Transition provides a way to move out of a culture of individualism towards collective action. To open the door for people to work together in a new and meaningful way, to give heart and value to the ordinary things we can achieve.

How to proceed? Where should we go next? The key word of the Conference was urgency. It was clear that times of radical change were coming and that they would be felt in the financial sector first. People in Transition who had become personally resilient and understood the process of social change were in a position to provide coherent structures for communities – projects that offered solutions to the difficulties of an energy-poor future – as well as opportunities for self-government. Stoneleigh urged that Transition had a vital role in showing people there were other ways of doing things. This was the predominant mood of the meeting. In spite of individuals feeling their initiatives were not as up and running as they would like, as a collective, as a crew, we were coherent and committed. The buoyancy and sense of purpose was similar to that of the 2010 Conference in June. This was it. This was the time.

As the meeting came to a close we decided to meet again in September, to keep communications open and to share our resources. We agreed that Suffolk initiatives would begin to collate and “swap” patterns. I suggested the Transition East blog (www.transitioncircleeast.blogspot.com) could be a holding station/sorting house for everyone’s stories and pictures and provide material for a possible Transition Suffolk newsletter. A Transition Network on-line directory for the Patterns is meanwhile underway. (P.S. Running Successful Meetings is Pattern 2.4 and Forming Networks of Transition Initiatives 4.2)

The 2010 Conference Booklet that includes the Pattern Language is available as a pdf from www.transitionnetwork.org. A short precis of the 63 patterns will be posted shortly under Pattern Language. 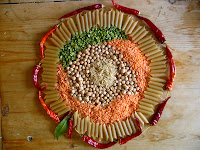